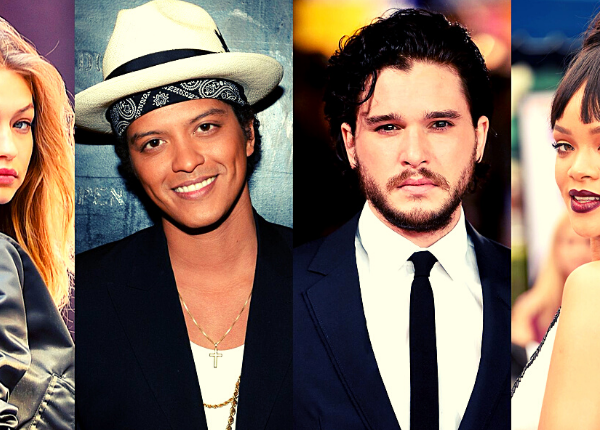 8 Hollywood Celebrities Who Changed their Names Words have meaning, and names have power. Hollywood celebrities know the power related to their names. Their names suit the personalities and often have an impact on their work. Interestingly our all-time favorite celebs like Jennifer Aniston, Tom Cruise, etc. had some other birth names which later got altered. Know more fascinating name stories here-

Tom Cruise
The American actor is known as Tom Cruise whereas his original name is Thomas Cruise Mapother IV. Thank God we don’t have to say his real tongue twisting name!

Oprah Winfrey
The popular American media executive who is the anchor of The Oprah Winfrey Show was born as Oprah Gail Winfrey.

Emma Stone
Emma Stone is known best for her wonderful work in LaLa Land and Amazing Spider Man. She is famous as Emma Stone worldwide. Interestingly she changed her real name Emily to Emma at the age of 16.

Kit Harington
We all know Kit Harington as Jon Snow from the popular Game of Thrones TV series. Very few know the real name of this British actor. His real name is Christopher Catesby Harington & we love both his names!

Gigi Hadid
Yes! The hot American Model was called Jelena Noura Hadid in school days. Since there was another girl named Jelena, the teacher changed her original name and she was called with her nickname which is now famous across the Globe as Gigi Hadid!

Lana Del Rey
Lana Del Rey was born as Elizabeth Woolridge Grant. She changed the name to Lizzy Grant and then to Lana Del Rey. Well, whatever the name is Lana is loved for her singing talent!

Jennifer Aniston
The actress who is loved for her work in F.R.I.E.N.D.S had another birth name. She was born Jennifer Linn Anastassakis and changed her name to Jennifer Aniston which suits her perfectly.

Miley Cyrus
Miley Cyrus made a mark in all hearts ever since Hannah Montana came on television screens. She is popularly known as Miley Cyrus and we surely love it. But she was originally named Destiny Hope Cyrus by her parents. In fact, her childhood name smiley is quite like her current name.

10 Mind Blowing Gadgets that are Totally Worth Buying

Welcome at Dailytechnics.com, we are a technology blog, bringing the most useful latest trends and technology articles, news and updates to you on regular basis.